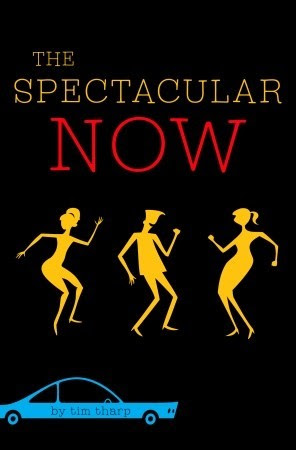 This National Book Award Finalist is soon to be a major motion picture -- one of the most buzzed-about films at Sundance 2013, starring Shailene Woodley and Miles Teller.
SUTTER KEELY. HE’S the guy you want at your party. He’ll get everyone dancing. He’ ll get everyone in your parents’ pool. Okay, so he’s not exactly a shining academic star. He has no plans for college and will probably end up folding men’s shirts for a living. But there are plenty of ladies in town, and with the help of Dean Martin and Seagram’s V.O., life’s pretty fabuloso, actually.
Until the morning he wakes up on a random front lawn, and he meets Aimee. Aimee’s clueless. Aimee is a social disaster. Aimee needs help, and it’s up to the Sutterman to show Aimee a splendiferous time and then let her go forth and prosper. But Aimee’s not like other girls, and before long he’s in way over his head. For the first time in his life, he has the power to make a difference in someone else’s life—or ruin it forever.

I know what you're thinking after reading this summary. Know that this book couldn't be further away from what you're thinking.
It was the same with me. When I started this book I thought it would be like the normal cliche types. That instead of Sutter helping Aimee, she would help him. And in a few ways it is like that. But it is utterly different.

Let me tell you one thing. Sutter is a drunk. A total alcoholic addict. Majorly in denial but still. He is always drunk. He has a flask with him. And he mixes whatever is in it, with seven up and goes around drinking it so no one knows. Sutter had his first drink when he was a kid, 6 I think, with his dad and his friends at a game. It was beer. His dad didn't encourage him but Sutter begged for a sip and drank huge gulps. So you can almost imagine what he'd be like.

Sutter is lively. He always has great stories to tell. He's crazy and has the guts to do anything, isn't scared at all. I got a feeling that life had kind of a hazy view for him. It was always like he was not the one living it. Like he was HIM but he wasn't all that in control. Its the feeling you get when you're extremely sleepy but awake so the conscious part of your mind shuts off and you feel like you're living your life through someone else eyes.

Sutter is not a bad person. He has a girlfriend in the starting who he defines as big... as in big boned. But he loves her. He believes she is beautiful. And Sutter is always entertaining her with one of his ridiculous stories. But she breaks up with him. Its not a bad break up. I don't exactly remember what she tells him but I think she mentioned that his life has no direction and even though she likes him he's not good for her.

When we first meet Aimee, she is a sweet, naive girl who lets others control her. Its early morning and she is doing her paper run and hes lying on his back, hung over. Her face looms in front of him. Now Sutter is perfect for Aimee. Sutter oozes self confidence which Aimee lacks. Aimee is selfless and kind. She agrees to take him on her paper run and they look for his car. And Sutter launches into one of his stories.

And his magic completely works.
But the outcome is not what we were looking to find. Aimee loves Sutter and he does too... sorta. They're a couple. Aimee starts drinking quite a lot too. Sutter gave her a flask like his on her birthday. She likes it very much. Its a weird gift but its just like his and in some way its the gift she wants.

I loved the confusion and the carefree nature of Sutter. How he always lives the moment. How he believes in himself. He is more complicated than you'd think. And there's something about him that is endearing. Its amazing the way he lives. He can literally make friends with everyone. He has a magic about him.
But he also has issues. Serious issues. Both daddy and mommy issues and other issues. He is finding for something, something he has a huge thirst for. With Aimee, he bonds without knowing it. Aimee desperately needs him. And he wants to be worthy of it. He holds on to her need. Whatever Sutter does, Aimee still sticks with him. Its stupid but he holds on to her as well. When he lets her go..... I cannot describe what I felt.

How ever this book was, I loved it.
Sutter was that crazy guy and his befuddled mess and his mind is like crazy town. I love how the story folds out. The ending was soo sad but in a few ways it was the right thing to do. I was happy that Sutter finally learnt something. More than anything I wanted so badly an epilogue that shows how when Sutter visits Aimee she's happy and loves her life but tells him that there will always be a place for him in her life. I want to know what happens to Sutter.  I want to know it so badly.

This a different book then others. It will leave you confused and torn and sad over some parts and the ending. Some of you will no doubt feel like whacking Sutter on the head. But you will end up loving it. Hats off to Tim Tharp.
There's only one thing left for you to do.
Pick it up and Read it.