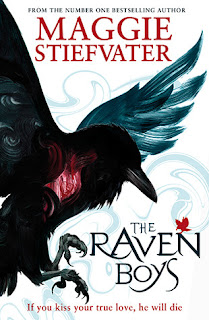 Raven: The One Plus One 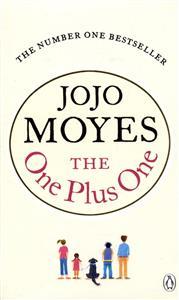 A novel by Jojo Moyes

Blurb: One single mum.
With two jobs and two children, Jess Thomas does her best day after day. But it's hard on your own. And sometimes you take risks you shouldn't. Because you have to...

One chaotic family.
Jess' gifted, quirky daughter Tanzie is brilliant with numbers, but without a helping hand she'll never get the chance to shine. And Nicky, Jess' teenage stepson, can't fight the bullies alone. Sometimes Jess feels like they're sinking...

One handsome stranger.
Into their lives comes Ed Nicholls, a man whose life is in chaos, and who is running from a deeply uncertain future. But he has time on his hands. He knows what it's like to be lonely. And he wants to help...

I read this book because I had loved Me Before You and also because Beez recommended it to me. I must say that I loved it. I loved how "normal" and beautiful the characters were. I loved that it made me cry at the end.

At times the plot was very slow paced but the humor always made up for it. In fact, I think I will put up a few excerpts from the book at the end of this review.

About the plot: We have Jess Thomas, a cleaner, bartender and mother of two children and a ridiculously big, slobbery, useless dog called Norman, who I loved. Tanzie, her little daughter is a math genius and Nicky on the other hand, is constantly bullied by the neighboring Fishers. He has lost all joy at such a young age and only finds comfort in gaming.

It all started when Tanzie, the little math genius was given a scholarship to go to a prestigious school. Despite getting an almost 90% scholarship, the registration fee, uniform and transport cost a huge fortune which Jess cannot afford. Her useless husband who lives with his mother and always makes excuses about why he isn't working is obviously of no help.

When Tanzie's math teacher tells Jess about a math quiz in Scotland that is offering a grand cash prize for the winner, Jess is ecstatic. Finally, there is a chance that her little Tanzie might still make it into that school.
Meanwhile, Jess and her friend are cleaning rich people's houses and they come across a rude rich guy named Ed Nicholls who is already in some deep shit due to insider trading.

One night, Jess finally decides to haul her kids and the dog in their fake Rolls Royce and drive to Scotland. Note: The car isn't insured, Jess hasn't driven in ages, Norman farts a lot and Nicky does pot. They were made to pull over by the police and 'rude-rich-guy' who just happened to drive by helped them out. All Ed Nicholls did was drop them off at home but he found himself wrapped up in the drama between Jess and Tanzie where Tanzie refused to get out of the car because she really wanted to go to that school. And that is how Ed Nicholls ended up driving this crazy family all the way to Scotland in his Audi at 40 miles per hour cause obviously Tanzie starts puking if they go faster.

As you can see this book is bloody amazing! I loved every bit of it. There was not even one part that I can complain about. Not one... except that it was slow paced at times but like I said the humor made up for it. I was surprised with the amount of incidents that happened in this book but with a family like this it's completely possible.

"I don't understand how our family can basically do the right thing and yet always end up in the crap."

I could connect with Jess, a mother, even though I'm just an 18 year old idiot. I just felt her problems and I could sympathize with her. I loved all of the characters because I could connect with them and I am including the dog here. It's a fantastic read. The romance that develops between Jess and Ed is so beautiful.

I'll warn you that it does have a LOT of rom-com cliches but I haven't read cliches in a loooong time and so this felt nice.

I would definitely recommend it if you are looking for some craziness and some sweet romance and a sad but beautiful ending.

Now for the excerpts that I promised:


'Are we staying here?' Tanzie said, rubbing at her eyes and looking around.
'Mr Nicholls is. We're going to stay in the car. It will be an adventure!' Jess said.
There was a brief silence.
'Yay.' said Nicky.
*********
I realized something when Dad sat down and told me it was good to see me and his eyes got all moist: my dad might be an arse, but he's my arse, and he's the only arse I've got.
*********