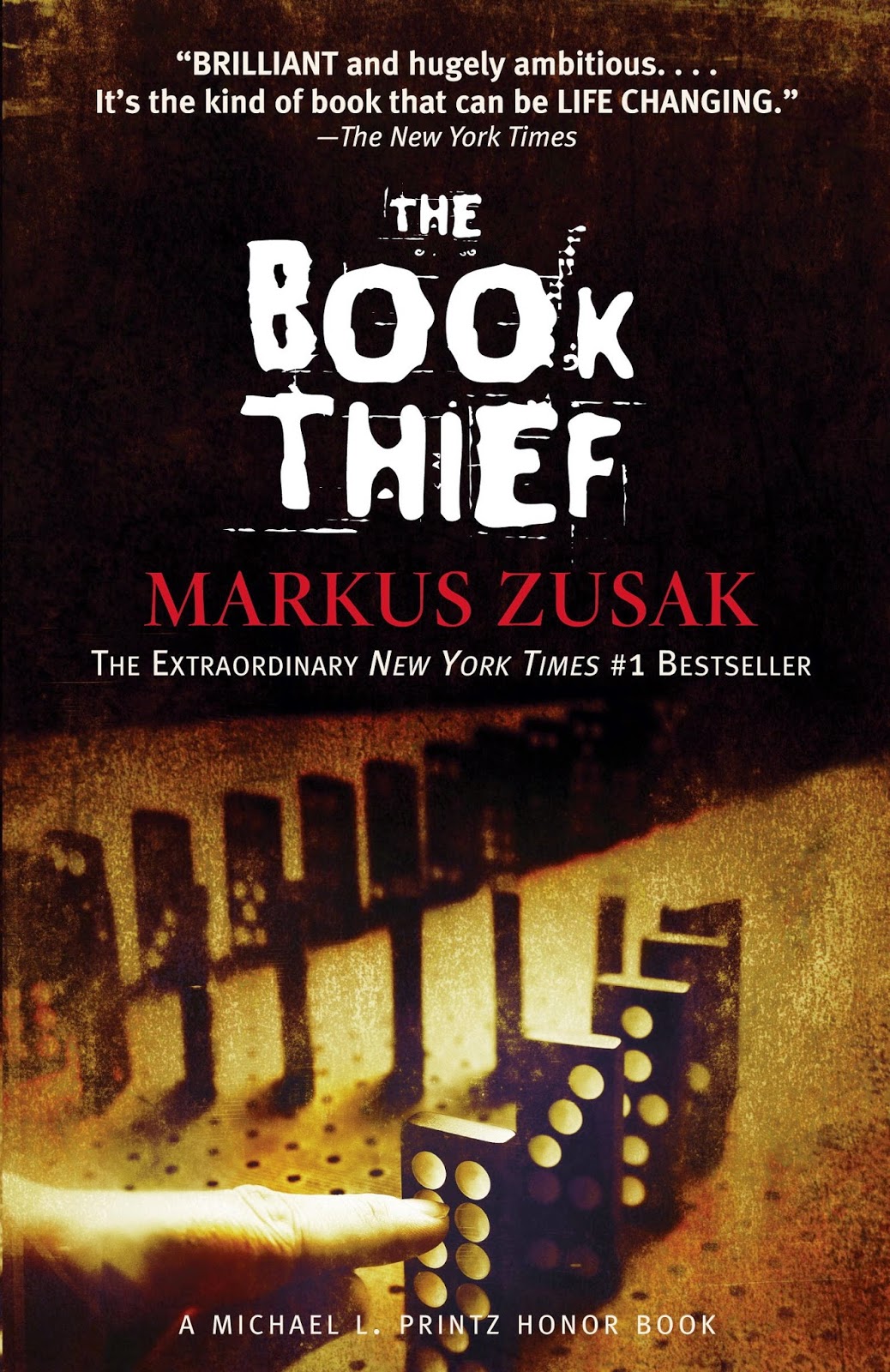 A novel by Markus Zusak

Summary: It is 1939. Nazi Germany. The country is holding its breath. Death has never been busier, and will be busier still.
By her brother's graveside, Liesel's life is changed when she picks up a single object, partially hidden in the snow. It is The Gravedigger's Handbook, left behind there by accident, and it is her first act of book thievery. So begins a love affair with books and words, as Liesel, with the help of her accordian-playing foster father, learns to read. Soon she is stealing books from Nazi book-burnings, the mayor's wife's library, wherever there are books to be found.
But these are dangerous times. When Liesel's foster family hides a Jew in their basement, Liesel's world is both opened up, and closed down.
In superbly crafted writing that burns with intensity, award-winning author Markus Zusak has given us one of the most enduring stories of our time.

And I was just looking at the news where this Nepali survived after 80 hours of being trapped and another guy who survived even after the tower collapsed and everyone else died. (Referring to the terrible earthquake in Nepal)

And I can't help but imagine Death going around and collecting their souls and leaving some behind, whispering that it's not their time. Not yet.

And I just can't handle this!

The last few chapters were so good, I had to go to the washroom and read it, cause I was sobbing so hard and I didn't want anyone to see me crying like a little baby over something that I could never explain to them. I can never make anyone feel the things I felt by summarizing it. It would feel like an insult to the emotions that this book evokes.

I had to stop reading multiple times because I couldn't see anything through my tears. There were times where I stopped, kept my glasses on the book and just sobbed like a baby. I was crying so hard like I had lost someone who was so dear to me and I truly had.

I was a big mess.

I was laughing at how absurd the idea is of crying over mere words but I was also crying at how devastating these words can be.

Anybody who just read this review needs to know that I am NOT going to talk about the plot here at all cause I can't and don't want to bring back the memories. It will only make me cry more and like I said, summarizing is just not going to cut it.

But I swear to you, this book is worth it. It is worth all the tears and laughter and joy and sadness and anger and hate and just about every other emotion you can possibly feel.

I have never read a book with words that are so powerful.

People... Just read it, you won't regret a thing. I promise.

Lots of love and pasta,
Raven
Posted by Unknown at 6:06 AM No comments: