A novel by Toni Jordan 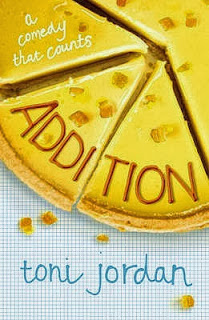 Summary: Grace Vandenburg orders her world with numbers: how many bananas she buys, how many steps to the café, how many poppy seeds on her daily piece of orange cake.
She always sits at the first available table, starting from the top left-hand corner and proceeding around the room and inwards in a clockwise direction.Every morning she brushes her hair 100 times, brushes her teeth with 160 strokes of her toothbrush. She can remember the day she started to count, how she used numbers to organise her adolescence, her career, even the men she went out with.But something has gone wrong. Grace used to be a teacher, but now she is living on sickness benefits; as the parent of one of her students put it, ‘she’s mad’. Her father is dead, her mother a mystery to her, her sister sympathetic but not finally able to understand.Only her niece Hilly can connect with her. And Grace can only connect with Nikola—Nikola Tesla, the turn-of-the-century inventor whose portrait sits on her bedside table and who rescues her in her dreams. Then one day all the tables at the café are full. As she hesitates in the doorway a stranger invites her to sit with him.


First off, this book is about Grace's OCD. She's got a problem. She counts... everything. Her poppy seeds on her cake which determine the pieces she is going to cut her cake into, her steps to the café, the amount of time she is going to talk to her mom and sister, pieces of cucumber that go into her dinner and just about anything you couldn't possibly think of counting.

The beginning of the book is a little bland. At least it was for me because every page had way too many numbers than I would have liked. But it just defines her "number" problem better. She was living her calculated life as usual and then one fine day she steels a banana from a guy's basket in the market and that's where she meets Seamus Joseph O'Reilly. An Irish guy who works at the ticket counter in movie theaters. (I love Irish accent!)

They obviously don't click off at once, I mean she stole his banana for gods sake! But after sitting down with him at the café and being forced into a date. We finally get to see some romance... WRONG! On a side note, her obsession gets worse when she is nervous.

But later on, they do fall in love and there are some really cute moments like when they both went out for dinner and he said: "Look, I know I shouldn't really be asking this. I mean it's none of my business but... why did you take my banana at the grocery that day? You had enough bananas."
(Okay so the dialogue isn't exactly like this but it's somewhat similar I mean the banana part is definitely the same but I don't currently have the book to copy off of it)

Seamus finally makes Grace take psychotherapy for her OCD. And she does. But nobody in the group therapy has a problem like hers. So she ends up with a group of germophobics. And as they say, the people you be with influence you.

But I felt really sad for her. At first I used to dislike her habit of counting everything but after a few weeks of her therapy I began wishing that she would go back to her old self and count everything! But this wish came with a price!

Now that's all I am telling you. The rest is up to you to find out. It's a great read. There are some parts that you can relate to and some parts that really make you wonder about certain things and make you feel all philosophical. My advice would be that you read it and I rate it a 3.75!

P.S: I know that usually our reviews are not like this... I mean it was kind of like this earlier but I don't really know what happened but everything just tumbled I guess and if it hadn't been for one of our classmates friend who saw our blog and told us (through our classmate) that our reviews need work.
And thanks to this unknown girl we have finally realised our stupid/silly mistakes and we hope you guys (whoever reads these reviews on a weekly or daily basis) will not leave us. We promise you won't have to go through those atrocities again!